Parental Alienation: What Is It and How Do You Fight Back? 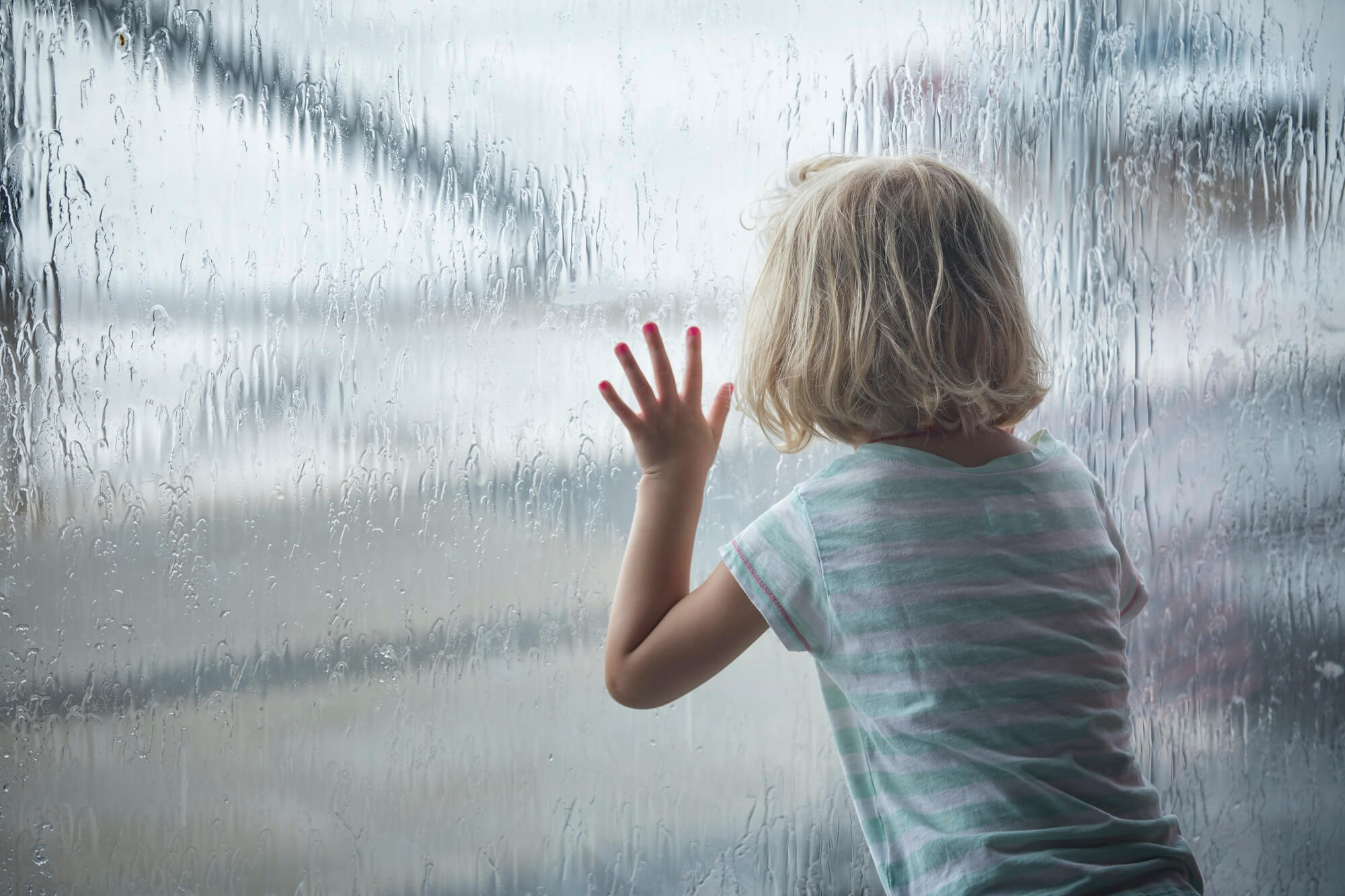 What is Parental Alienation?

Parental alienation is a term used to describe a process by which one parent tries to cause the child to reject, fear, or avoid contact with the other parent. Read on to learn about how to fight back.

The term “parental alienation” comes from the term “parental alienation syndrome” coined by child psychiatrist Richard Garner in 1985. Gardner described it as “a disturbance in which children are obsessed with deprecation and criticism of a parent — denigration that is unjustified and/or exaggerated” because of one parent’s conscious, subconscious, or unconscious behaviors that affect the child’s perception. The medical community has widely rejected the use of the word “syndrome” and the term is not in their official list in the DSM-5.

While the medical community has not officially recognized “parental alienation syndrome,” most people use the term “parental alienation” to describe similar behavior. Because parental alienation is a debated concept, the term carries varying weight with Colorado judicial officers and child custody experts. Because of the controversy surrounding the term, practitioners and parties should be cautious in using it and may want to use different terms such as “gatekeeping” or “coaching.”

No couple want to think about the end of their relationship, newlyweds especially, but planning for all potential outcomes is vital for protecting your assets. These are the purposes of prenuptial and postnuptial agreements, written and signed before or after the wedding, respectively. These agreements cover both future and current assets, and can be thought of as insurance for a worst-case scenario.

Is Parental Alienation Happening in My Case?

Parental alienation occurs in high conflict divorced families in which one or both parents dislike the other parent.

Even if a party engages in justified gatekeeping, there is a possibility that the other parent will claim the protective behaviors are unjustified and thus are attempts to alienate the child from the other parent. Practitioners have noticed a gender-bias trend in cases in which the mother engages in “justified gatekeeping” in the face of abuse committed by the father. For example, in a recently released study analyzing cases involving abuse or alienation, the study made the following findings:

Thus, if you are accused of alienating, you must act quickly to counteract the narrative, especially if you are a woman, as being labeled as “alienating” can be extremely damaging.

How Do I Show a Court Parental Alienation Is Happening?

How to Document Parental Alienation.

The most helpful thing a targeted parent can do is to remain open to hearing what the child has to say, not only because it fosters and builds on the relationship between the child and targeted parent, but it also encourages the child to speak freely.

The most challenging aspect of alienation is that is can be very subtle and difficult to prove. The first place to start is to keep a journal of things the child is telling you and how the child appears while telling you. With alienation, it is crucial to show a pattern, which may mean keeping track with a calendar to show the Court later.

For example, if every Sunday night after leaving dad’s house, the child expresses his desire to live with dad full time, but doesn’t really otherwise express that sentiment otherwise, showing that pattern can be compelling evidence. It is helpful to know not just what the child said, but also how the child said it. Does the child tearfully say she doesn’t want to live with you just after seeing mom? Or does the child express it matter-of-factly after some time at home? Tracking as many details as possible may be important for your case.

Before Going to Court.

While counterintuitive at first, a targeted parent may want to consider attending therapy or attending a parenting class. Being the targeted parent is stressful, isolating, and may feel like the damaged relationship is too difficult to repair. You may find going to therapy can help you cope and help you develop parenting strategies. Going to a parenting class may also be helpful. It may help you discover how to prevent breakdowns in communication with the other parent, which may lessen their desire to alienate the child. It can also help you recognize if you are also participating in poor parenting behaviors. It is not uncommon for a parent who alleges the other parent is alienating the child to be engaging in similarly problematic behavior.

If the family dynamic allows for it, talk to the other parent. Discuss whether you want to attempt talking about the issue with the other parent with an attorney. Sometimes it is helpful if the other parent did not realize that they are hurting the child’s relationship with the targeted parent. However, sometimes talking to the alienating parent will cause them to become defensive or to alienate the child more subtly. If the parent tries to go “underground” with their alienation, it can be harder to prove in Court later on. If you do decide to talk about it with the other parent, do not be accusatory. Try to state what behaviors you have seen the child display and try to frame the problem as something you can work on together as co-parents.

If there is time, these are steps you can take before going to court as judges often prefer to see families attempting to resolve issues before resorting to court. Also, the Court may order you to do these steps anyway and if you are already following them, it shows the Court that the issue may be more serious.

If alienation is occurring before the entry of any parenting time orders, you can raise this issue to the Court and present it at your permanent orders hearing. If you already have an established parenting plan, to have this heard by the Court, you need to file a post-decree motion. Most frequently, someone dealing with parental alienation files a motion to modify parenting time. It may be the best strategy to state that you don’t know what parenting time schedule would be best, but you want the Court to look at what’s been happening. More often than not, a motion to modify will be accompanied by a motion seeking the appointment of a child custody expert. The child custody experts appointed in Colorado would be a Child and Family Investigator (“CFI”) or a Parental Responsibilities Evaluator (“PRE”).

Use of an Expert.

You will want to research whether you want a CFI or a PRE and who you want the court to appoint very carefully. Both a CFI and PRE will have you complete some initial paperwork to give them your family’s background and current issues. They will also meet with both parties, individually and with the children present, and will meet with the children personally.

A CFI is the least expensive option, as the CFI appointment statute caps the CFI’s fees at $2,750. However, a CFI may not have a mental health background; they are frequently attorneys. Thus, you want to ensure that they are equipped to analyze alienating behaviors.

A PRE is much more expensive; the costs can range from $8,000 to over $25,000. The reason for the increased costs is that a PRE is a mental health professional, and they have the discretion to conduct mental health evaluations of the parties involved. They usually meet with the parties and the children more often than a CFI, and their reports are usually much more detailed.

Both experts will analyze the case and make recommendations through the lens of the applicable standard (which is most often the Best Interest of the Child Standard). These recommendations are submitted to the Court and, if the parties cannot settle, the Court will often take the expert’s report into consideration when making a ruling. The expert can recommend not just changes to parenting time, but can also recommend therapy and other changes to the parenting plan.

Knowing how to communicate with the expert is critical. You will want to be clear and concise about your concerns, and you’ll want to at all times remain child-focused. Your first opportunity to lay out your case is in the initial paperwork to the expert, so you will want to be as detailed as possible. You may also want to send the expert pictures and text messages for them to review. You will also want to be careful when discussing alienating behaviors. Some experts do not use the word alienation in their work at all, so you will want to be clear about what is happening and how it is affecting the child without overanalyzing or quickly applying labels to the behavior or situation.

If Parental Alienation is Shown, How Does a Court Deal with It?

If you can show parental alienation is occurring and that the alienating parent is detrimentally affecting your relationship with the child, the Court can deal with it in a variety of ways. Often a Court will order therapy, to include individual therapy, family therapy, or reunification therapy, or a combination of therapies. The Court may also order more specific language in the parenting plan that forbids a parent from denigrating the other and provide specific ways that the parties should communicate with the child. The Court may also order that one or both parties attend parenting classes. The Court may order these things and not change the parenting time arrangement, which is why you should try to do as many of these things prior to going to court for help.

If you suspect parental alienation is occurring, it is important to intervene early before the alienating parent and the child become entrenched. Unfortunately, one of the most frustrating aspects of an alienation case is that sometimes, even after multiple experts and multiple court interventions, the alienating parent refuses to stop the alienating behavior. The Court could order supervised parenting time, but that is not a long-term solution. In those severe cases, the most important thing a parent can do is to maintain the relationship with the child. Unfortunately, the relationship may continue to be damaged until the child is older and possibly realizes what is going on. Thus, in severe alienation cases, it is imperative to keep the child enrolled in therapy as much as possible, so they can work through these feelings in as healthy a way as possible, which paves the way to repair the relationship in the future.